The LaFerrari Aperta! The most valuable car since the McLaren F1?

We knew it was coming but now Ferrari have made it official. There will be a convertible version of the LaFerrari and we believe it could be the most desirable and potentially the most valuable modern supercar since the McLaren F1 was introduced over 20 years ago.

The Ferrari LaFerrari Aperta as it’s believed to be named will make it’s debut at the Paris Motor Show in September but Ferrari have released the first images of the car which to no surprise looks just like the LaFerrari but without the roof. In fact the LaFerrari Aperta will come with a removable carbon fibre hard top roof, much in the same vein of the Aventador Roadster or the Carrera GT. In order to make this possible there has been structural changes to the chassis to maintain the cars rigidity and strength whilst keeping the performance the same as the coupe. 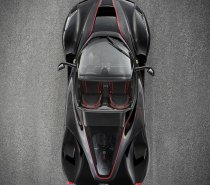 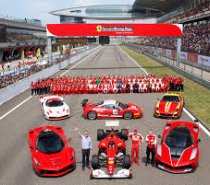 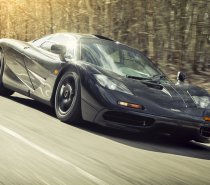 There will be just 150 examples worldwide, and Ferrari have hand selected their very best customers. The process of selecting who qualifies to be part of the 150 must be brutal and there will no doubt be lots of angry customers who have spent in the millions with Ferrari only to miss out on what we consider to be the ultimate modern Ferrari of all. Through our sources we have found out that owning a Ferrari collection is not enough – even if you’ve owned virtually every road-going Ferrari that has come out in the last 20 years it might still not be enough to join this ultra exclusive LaFerrari Aperta club.

Ferrari are first selecting customers who are part of their XX programme, these are some of the most faithful Ferrari customers of all who not only spend small fortunes on their road cars but have also stumped up huge sums of money for the track exclusive cars like the FXX-K and the 599XX. The customers who own these XX cars work very closely with Ferrari, often attending special testing days where they provide feedback to Maranello’s engineers and technicians in order to help evolve and develop cars for the future. After this we can assume Royalty, A-list celebrities and other high profile businessmen with a history of buying Ferraris will be chosen, we saw Gordon Ramsey announce on Top Gear he will be one of the lucky ones.

The only other cars to come close to it’s value are ultra rare hypercars of which so few are made because for the most part there are not enough crazy people to order them! The Lamborghini Veneno Roadster of which there are only 9 examples is probably the only other car that can make a case for being the world’s most expensive car and whilst there are hugely expensive Koenigseggs and the ridiculous Lykan Hypersport made famous by the movie Furious 7 for the majority of serious collectors none of these would even be a consideration and their investment potential must be questioned. The fact that there will be 150 LaFerrari Apertas which when compared with the Veneno is a huge number, the very fact that £4m is being talked about shows you just how special this car is and what sets Ferrari apart from the rest – believe it or not there will be people lining up to buy this one whilst you can hardly say the same of the Veneno, Koenigseggs or the Lykan Hypersport.