Is it Goodbye to the beloved G-Wagon?

Just like the wonderful Land Rover Defender, the G-Class as we know it will soon be gone forever. From roaming the streets of London in style with big A-List celebrities, to tackling the rough and tough madness of the world’s harshest terrains; the G-Wagon has been one of the most popular 4×4’s ever made. It oozes swagger and style with menacing road presence like no other car and we absolutely adore it here at Romans International. The G63 AMG range has been one of our best-selling models and we are sad to see it go, but we look to the future with excitement to see what Mercedes-Benz come up with next.

Known as the “Gelandewagen” and having been in production for 38 years, the G-Class has been one of the longest production cars on sale in the UK to date. The G-Class started life as the German equivalent of the Land Rover Defender; a tough utilitarian car built with military use in mind. Over the next 4 decades, Mercedes have taken the G-Class upmarket by adding more modern engines, safety systems, luxurious interiors and more. It has become a retro fashion symbol amongst the uber wealthy and cool individuals as it offers an experience like no other car. It’s a blast from the past that has been consistently adapted and developed to cope with the modern world and over this period it has become an icon, a true automotive legend. As a final fitting send off, Mercedes-Maybach have revealed the G650 Landaulet to act as a swansong for the current G-Class. 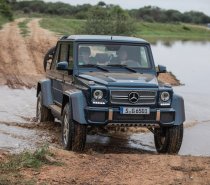 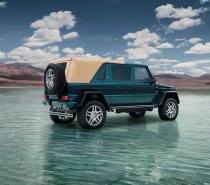 Roof Up In Under 30 Seconds 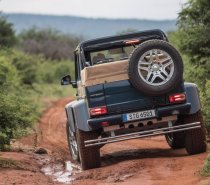 No Terrain Is Too Difficult 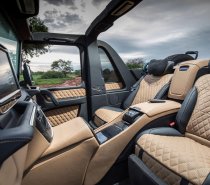 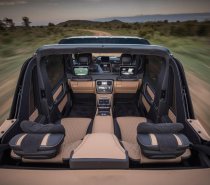 Incredible Views In The G650 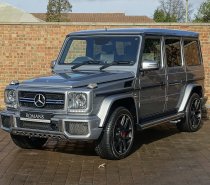 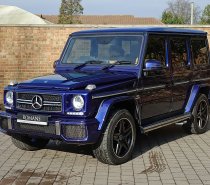 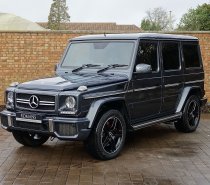 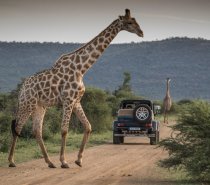 Mercedes launched the G650 Landaulet in South Africa at the Madikwe Game Reserve Safari in what must be one of the best press launch events of recent times. With just 99 examples being made and priced around £426,000; the G650 Landaulet comes with 6.0 litre twin turbocharged V12 producing 621bhp and 738 lb ft of torque. The G650 draws on the same technology as the G500 4×4 squared and more. In addition, the wheelbase is lengthened by 600mm to 3,428mm to create a super luxurious lounge like area for two rear occupants. With portal axles, electronic dampers and widened tracks, the car also features hardcore off road tyres giving an incredible ground clearance of almost 500mm.

With the Maybach name, it’s no surprise that the interior is nothing short of spectacular. It comes with two incredible rear seats with the system being like that on the Maybach S600, but the open roof is the real icing on the cake. At the push of a button, the convertible top can be down in no less than 30 seconds, of which in that time you could adjust your massage seats, separate climate control and your rear seat entertainment system. Furthermore, you could move your seat into a bed position like that of a first-class seat on a private jet. Unfortunately, there will be no right-hand drive versions and these 4x4s are not legally allowed on American roads.

However, rather than being sad that the G-Class will no longer be with us, we should celebrate this phenomenal machine and express joy to the incredible life the G-Class has led over the last 4 decades. We should look to the future with excitement to what Mercedes will come up with next. With the new G-Class presumably in development, we hope that Mercedes-Benz don’t stray too far away to what made the G-Class so unique and iconic. Just like Land Rover ceasing production of the wonderful Defender, we too hope both manufacturers don’t change the recipe. In the meantime, we shall continue to embrace the current generation of G-Wagons and make sure you see our three G63 AMG’s we currently have in stock. The first example is a special edition called the Edition 463 in Palladium Silver and the other one is a G63 AMG in a special colour called Designo Mystic Blue. Our final G63 AMG in stock is in Tenorite Grey and all 3 cars are physical and available for immediate delivery.