With the McLaren P1, LaFerrari and 918 Spyder each now costing in excess of £1m, as something of a ‘Jnr Holy Trinity’ the McLaren 675LT, Ferrari 458 Speciale and Porsche 911 GT3 RS represent a somewhat more affordable and realistic proposition for supercar enthusiasts. The market and values of these cars has been a hot topic since the first orders were taken and now with virtually all examples built and delivered we’ve decided to provide some insight into what has been a fluctuating market and look at what might happen in the future.

We will start with the Ferrari 458 Speciale in which the first cars were delivered back in 2014 and we were proud to have the first car for sale on the open market. The Speciale had a list price of £208,050 but a well specced example with options was listing closer to £250,000. As you would expect from a brand new special edition Ferrari; people were prepared to pay a decent premium to get their hands on the first available cars and they were selling for around £30,000 – £35,000 over list which at the time was considered a big premium. After a few months when the hype had died down a little, a few more started appearing on the market and prices started to drop back down towards list price. The general feeling at the time was these cars would start to depreciate along the same lines of the 430 Scuderia, there was no real limit on how many Speciales were being built; only a limited time period where Ferrari were going to build them. You didn’t need to be a VIP Ferrari customer to order one and despite a 6-12 month waiting list the appeal of choosing your own colour and spec meant that a vast majority of customers were prepared to wait for a car rather than pay a premium for an early car and risk greater depreciation. Others simply thought it wouldn’t be long before they would be able pick up a used one for substantially under list. 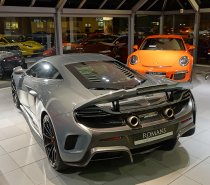 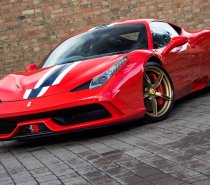 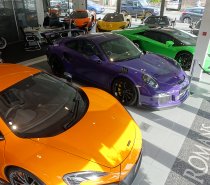 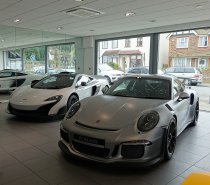 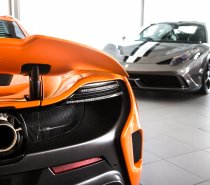 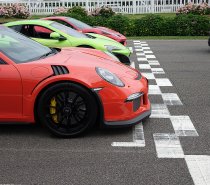 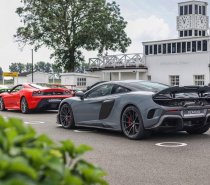 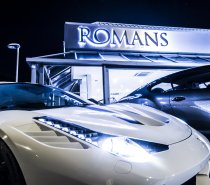 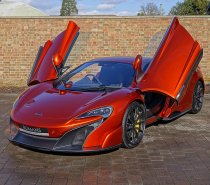 Fast forward 12 months and even the most ambitious forecast couldn’t have predicted how strong the market would become. Ferrari had stopped taking orders on the Speciale by now and with a prior announcement that all future Ferrari V8s would be turbocharged suddenly Speciale prices started climbing rapidly. The market was seeing a real spike in values across the board for anything rare and collectable and the fact that the 458 Speciale could potentially be the very last naturally aspirated V8 Ferrari meant prices really started to soar. They started appearing on the market and selling quickly for £300,000, then £320,000, then £350,000 and before you knew it there were cars on the market for over £400,000. The market had gone a little crazy – dealers were asking in some cases almost £150,000 over the list price for similar cars that could have been bought for £10,000 over list price 12 months before. Owners who had ordered one with genuine intention to keep and drive it were understandably giddy at the prospect of a huge profit and cars were being flipped like pancakes as people looked to cash in. With so many customers looking to sell, the market started to become saturated and demand started to tail off helped in part by the uncertainty following Brexit. At the time of writing prices have re-adjusted and used examples are now available for around £320,000 with delivery mileage cars around the £350,000 – £360,000 mark where people are starting to feel they are good value again.

The 675LT has enjoyed rave reviews and really helped catapult Mclaren into the big league along with the P1. Before they arrived to market one of the main talking points was the high list price, £50,000 more than its closest rival the Ferrari 458 Speciale and with the 650s and 12C having suffered some steep depreciation there was quite a bit of uncertainty regarding the 675LT and where values were headed. The one major factor was the McLaren P1 which had enjoyed a surge in value and with the LT not miles behind it in terms of performance or production numbers some people felt it was a bargain in comparison. At the time when 675LTs started coming to the open market 458 Speciales had been surging in value.

McLaren dealers quickly sold out the 675LT and the first cars on the open market were put up for around £30,000 over list which for a well specced LT was coming in around £340,000 – £345,000. Such was the strength of the market these were selling like hot cakes and very quickly prices went up towards £400,000 despite the announcement that Mclaren were to build 500 convertible versions too doubling the amount of 675LTs. In a similar vein to the Speciale the market started to lose its momentum around the time of Brexit and there was a re-adjustment period and at the time of writing 675LTs have come back down in price and are now on the market for around £330,000 to £350,000 but very few are available due to the low production numbers. The Spiders have been selling very successfully for larger premiums despite majority of them being delivered after the summer had finished which certainly bodes well for their future and we envisage next spring and summer demand should increase even further.

The GT3 RS has long been one of Porsche’s most celebrated models and there was huge anticipation for the 991 RS to hit the market. Gone was the much loved manual gearbox and in came the PDK and people quickly fell in love with the car. The first GT3 RS’s started arriving in the UK towards the end of 2015 during a heady market whereby values had been skyrocketing for various models including the non-RS 911 GT3 which had already been out for 2 years and were up at more money than the RS cost new. Anyone who had secured an order for the RS knew they were onto a winner. The car had sold out in a heartbeat with 918 owners given the option of whether they wanted one first and then Porsche’s most valued customers got the rest. There was a lot of hype and speculation at the beginning with some dealers asking over £300,000 for the early cars, double the price of a well specced car and if you believe the rumours several were sold for this kind of money – premiums of over £150,000! We saw the market closer to £100,000 – £125,000 over list, still a very high premium but when compared with the Speciale and the LT at the time it actually looked like decent value at £250,000 – £275,000.

Porsche has a knack of undervaluing their cars, whether this is to look after their customers who buy new and encourage loyalty or perhaps they are just missing a trick, one thing is for sure many of their customers were looking to cash in on the huge profits on offer and plenty of cars started coming up for sale. The Porsche main dealer network themselves were advertising several RS’s for huge premiums which in some way was encouraging their own customers to cash in the profits rather than keep and drive the car. Inevitably this angered some Porsche customers who purely wanted to buy one to keep and drive but weren’t fortunate enough to be selected for an order by their local Porsche dealers. Over the course of the following 12 months values began to gradually decline and they started to depreciate in some ways like a new car would. At the time of writing nearly new cars with a high spec are available for around £215,000 – £220,000 and we don’t believe they will depreciate too much further.

What’s the best investment for the future?

Its not easy to say, the Speciale is perhaps the safest investment but the 675LT might prove to be the most lucrative. There is no sign that Ferrari will build a naturally aspirated V8 again and for that reason the Speciale will always carry a very strong argument. But are there too many of them? There are believed to be about 3000 Speciales worldwide and around 250 UK cars although there is no official stats on this, the convertible version Ferrari 458 Speciale Aperta with only 499 built worldwide is the more collectable variant but prices of these are already more than double the coupes and don’t represent great value. One thing to bear in mind is that each Speciale that came from the UK comes with a 4 year Ferrari warranty and a 7 year service pack which in the short term certainly makes them a very appealing buy.

The 675LT has limited numbers in its favour, only 500 coupes and 500 spiders worldwide with about 10% of them believed to be UK cars and McLaren is catching Ferrari all the time in more ways than one. The question is are McLaren making too many other models and special editions of special editions dampening the invesment appeal and uniqueness of the LT. There is already the 675LT HS and a Carbon Series LT, both incredibly rare but McLaren has big plans to produce a new model every year and if they keep trying to out-do themselves with limited edition cars then the 675LT might not look so special after all. Let’s hope they reign this in and perhaps focus more on reliability and keeping maintenance costs down which has plagued some of the earlier McLarens.

The RS moniker will always ensure the GT3 RS will remain an important model in Porsche’s line up and with such a loyal following and large customer base this will keep values steady from here on in but with similar production numbers to the Speciale there are plenty of them around and the RS can’t currently claim to being the last of something like the Speciale can with it’s engine. There is also the upcoming Gen II GT3 with a manual gearbox which might eat into some of its appeal, there is the expected arrival of the turbocharged GT2 RS and how long until a Gen II GT3 RS starts rearing it’s head. As an investment the GT3 RS might have the least long-term potential but as a car it does represent the best value for money in today’s market.