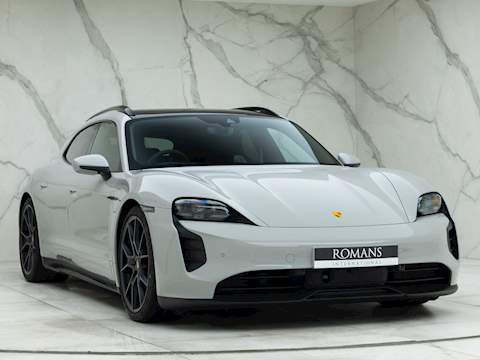 A new decade begins for the supercar market and if this decade is going to be anything like the last one then we are going to be in for a very exciting ride full of ups and downs. We started the 2010’s in tough times coming out of a global recession, but I don’t think anyone could have predicted the booming supercar market which followed as demand reached an all-time high fuelled by rising values of limited-edition supercars.

In addition to that, we started witnessing what we thought was the death of the manual gearbox only for it to make a comeback later in the decade due to popular demand from enthusiasts and purists. We have seen emission regulations kicking in as turbocharged engines became the norm and we’ve had the introduction of hybrid and electric supercars.

2019 proved to be somewhat a reality check as the market reached a saturation point for supercars in general. With manufacturers building too many models combined with an economic slowdown and Brexit uncertainty, it created a much more volatile market with some heavy depreciation setting in and premiums for the latest models now far from being a sure thing.

As we set sail in 2020 let’s look at what we can expect from the supercar market for this year and beyond.

The threat of Jeremy Corbyn and a labour government is now a distant memory and there is no doubt this has restored some confidence in the market. The risk of a mass exodus of millionaires and billionaires from the UK has now subsided and it seems like all financial markets have seen a boost which only bodes well for the supercar market. We know one supercar dealer who was planning to completely move their operation from the UK to the US had Corbyn got into power and we don’t imagine they were the only ones considering shutting up shop.

Last year it was apparent there were a lot more sellers than buyers but we have already noticed since the general election result that there has been a sizeable shift in activity and the market has really picked up.  There are still many unrealistic sellers out there who can’t quite face the music that their pride and joy is not worth anything like what it was 2 or 3 years ago and this is stopping plenty of deals from happening but whilst the chances of those values fully recovering in the near future are pretty slim, there are positive signs; certainly with a long-term view.

Whilst Brexit is now a sure thing, the terms of the UK’s withdrawal remain uncertain and political ups and downs will likely play a part this year. We believe 2020 will be a year of stabilisation and possibly part-recovery but the omens beyond 2020 are even better. There are some models which probably still have some further depreciation to come but we’ve seen the likes of the Carrera GT and the Ferrari F50 amongst a few others buck the trend and maintain their value in a falling market whilst the Pagani Zonda is one car which has just recently surged in value.

The majority of prestige models have taken a sizeable hit over the last 12-18 months, but there are some desirable supercars which are starting to emerge as very good value in today’s market such as the AMG GTR or the Huracan Performante whilst more collectible cars like the McLaren Senna or the F12tdf have entered a new price bracket and it could well prove to be a sensible time to buy. The culture of speculators and flipping cars is diminishing but there is still a strong market for ultra-special low mileage examples thanks in part to the growing number of wealthy collectors who just want the best of the best out there.

People are generally back buying supercars for the right reasons though and enjoying the ownership experience but of course with volatility around, it’s always wise to keep an eye on future value and aim to avoid any pitfalls. There are no signs yet that manufacturers are slowing down production or prolonging the model life cycles as the pressures of shareholders weigh heavily to increase profits and building new models seems to be fastest way to achieve that. Whether you’re buying a hypercar, limited-edition supercar, luxury SUV or a high-performance saloon; there are so many models to choose from now so buying brand new cars at list price is becoming increasingly risky. Once initial demand and hype has worn off the manufacturers are struggling to hold their nerve, resulting in heavy discounting or bringing out special editions far too quickly effectively damaging future residuals of the production cars. McLaren, Bentley and Aston Martin have been guilty of this for a while, but Ferrari, Porsche and Lamborghini are starting to follow suit which is something to be wary of.

One thing which we believe will really take a stronger hold in 2020 is the buying and owning of electric cars. In previous years it was perhaps the “early-adopters” and “techies” buying hybrid and electric vehicles with most car enthusiasts not sold on the idea of purchasing a battery powered car, aside from perhaps the “Holy Trinity” which remain financially unachievable for most people. The slightly bland exterior styling of Tesla’s models was a turn-off for many whilst the BMW i8 could never really compete with the likes of the Italian supercars; so this leaves a small handful of high performance hybrid models such as the Panamera Turbo S E-Hybrid and the Honda NSX. I think this is the year though where we will see it become a lot more acceptable and financially achievable for enthusiasts to own an exciting electric or hybrid performance car.

The Porsche Taycan is probably spearheading the movement alongside Tesla at the moment. There is of course the Aston Martin Valkyrie which finally comes out this year but will be virtually impossible to obtain due to price and extremely limited numbers. So, for us it’s the hybrid powered Ferrari SF90 Stradale which could help re-shape the landscape and set a benchmark for the likes of McLaren and Lamborghini to aim for. There remains the inconvenience of having to plug your car in which for everyday use is still going to put a lot of people off but that will start to become less and less of an issue as more charging stations get built and battery life increases.

With technology improving at such a rapid pace, supercars are becoming safer, more efficient, more usable and more connected. For an everyday driver the appeal of the latest cars will continue to grow but we believe we will also carry on seeing a resurgence of interest in more traditional and analogue cars, naturally aspirated engines and supercars that are full of old-school character and fun to drive. It’s no surprise Vinyl is having a rejuvenation in an increasingly digital music industry, or sales of board games are surging in the wake of a highly digitised gaming market to similar effects. Whilst we may start to see an increase of people buying their cars online, the buying experience and enjoyment of ownership for these kind of cars will become more important than ever and there is already a growing trend of an increasing amount of car events, driving experiences, track days and other ways emerging of finding enjoyment and appreciation of both the current and previous generations of supercars.