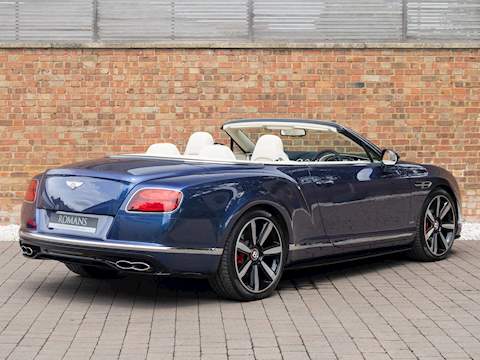 What does Brexit mean for supercar investments and the luxury car industry?

There is no denying that the UK is living in an uncertain period since the British people voted to leave the EU.  With the economy set to take a significant hit we question how this may affect the luxury car market and the investments that it brings, we believe there is definitely cause for optimism.

As a whole things are bound to get a little tougher in the automotive industry which tends to thrive in a strong economy when consumer confidence is high. With such a huge number of mainstream cars being imported into the UK from Europe the major manufacturers have good reason to be concerned and new car sales are expected to fall globally, especially at the lower end of the market.

At the top end of the market where limited production can really help a car maintain or increase it’s value this is not necessarily a bad thing, especially in the used car market. Although we envisage a temporary period where some consumers may think twice before making that big purchase we do not expect luxury car values and in particular the investment type cars to increase or decrease any differently from before with plenty of demand still out there as both an investment and as something to enjoy.

Some individuals and businesses are going to be hit worse than others, many won’t be affected especially the ultra rich while some will no doubt benefit financially from Brexit, it certainly opens up a massive opportunity for foreign investors who can look to take advantage of the drop in the pound having an instant effect on import and export of high end cars. The last few years has seen a surge of limited edition supercars both LHD and RHD be imported and registered in the UK. Demand has been outstripping supply and UK buyers have been forced to look globally to source the rarest and most sought after cars which could often be found for cheaper prices abroad. This has caused values on particular cars to recently stagnate slightly due to the over saturation of the market. What we may now see is a reversal whereby the export market could take off as suddenly what seemed like high prices in the UK now appear good value in other currencies, we have already noticed a real increase in demand from overseas for our stock, especially for VAT Qualifying examples. With the potential for this increase in exported cars this would only help residuals in the UK as supply will become more limited as fewer examples become available in the UK pushing prices up.

The fact remains that limited edition supercars and modern classics are still seen as one of the best long term investments money can buy, free from capital gains tax and largely avoiding the volatility and pitfalls of the stock market and other investments. We can still expect the latest and rarest supercars to fetch large premiums over list when they arrive on the market and whilst of course the majority of mass produced cars will tend to drop in value we feel the best examples of the cars that can be considered as a modern classic will continue to steadily rise in value. With the property market seemingly becoming more volatile partly due to increasing stamp duty and financial markets in turmoil investors are looking for that safe haven which cars can provide when bought right much like Gold which saw a 22% increase in value on the day after Brexit.

With interest rates set to remain at low levels for the foreseeable future, low interest finance packages are making cars more affordable and we are seeing an increasing amount of supercars and modern classics bought on finance. Very often the increase in value of a special edition car far out weighing the interest paid through borrowing the money. The last few years has seen huge increases in value for old and new Ferraris, Porsches, Aston Martins and various others, and we believe investors will continue to pursue cars as a more interesting, exciting and ultimately enjoyable investment.