Ferrari has finally unveiled the hotly awaited evolution of the sensational Ferrari 458 Italia with the 488 GTB; a model which looks to continue the illustrious history and legacy of Ferrari’s mid-engined high performance V8s.

Having recently sold two Ferrari 458 Italia’s last week and two 458 Speciale’s last month, it’s no secret that we love the naturally aspirated V8 of the 458. Hence we were very apprehensive at the news that Ferrari were ending the 458 Italia range and starting production of a new turbo charged model coming in 2015. 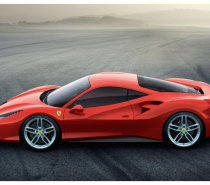 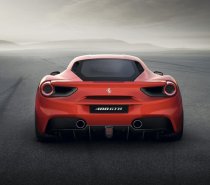 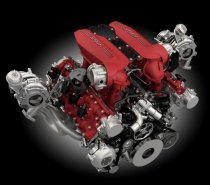 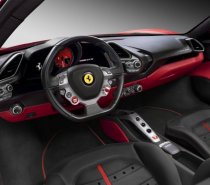 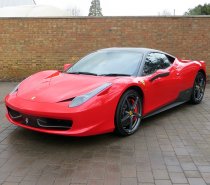 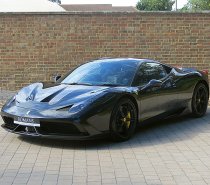 Announced yesterday as the 488 GTB it will feature a brand new twin turbocharged 3.9L engine, producing 660bhp and 560lb ft of torque. This is a significant power increase over the 458 Italia which produces 560bhp and 597bhp in the 458 Speciale. If this wasn’t impressive enough, the 488 GTB’s mighty engine delivers more torque than the naturally aspirated V12 F12 Berlinetta.  0-62mph is dealt in 3.0seconds and the car will top out at 205mph via a revised seven-speed dual clutch automatic gearbox from the 458.

Some of you may be wondering why the car is called the 488 GTB? Well, Ferrari say the engine is the inspiration behind the cars name as each of the engine’s eight cylinders is 488cc in capacity when rounded up. The GTB then stands for Gran Turismo Berlinetta, which harks back to the glorious 308 GTB.

Aiding the performance on the road are the range of electronic controls such as the Side Slip Angle Control (SSC2) first seen on the 458 Speciale, which enables the driver to drift without intruding until it detects a loss of control. There’s also the F1-Trac stability control and the E-Diff electronic differential, both of which offer more stability during high speeds. The 488’s aerodynamics have been heavily worked on as the car produces a staggering 50% more downforce that the 458 whilst generating less drag. By our calculations this means the equivalent of 210kg pushing down on the car at 124mph. Ferrari say that these changes result in a lap time of just 1 minute 23 seconds around their Fiorano test track, which is a whole two seconds quicker than the outgoing 458 Italia, and half a second quicker than the track-focused 458 Speciale.

From an aesthetics standpoint, the 488 is simply stunning. Having been designed at the Ferrari Styling Centre, it is clear from the front that this is an evolution of the 458 with now bigger air intakes, creases and dips on the front bonnet and LaFerrari style new headlamps. Hints of the 308 GTB are also present at the rear with the new cooling design at the rear which is beautiful. Romans International are one of the UK’s leading independent Ferrari dealers and with the car being unveiled to the public at Geneva, prices have not yet been confirmed but we surely cannot wait to see more of this car at the popular motor show.