The rise and fall of Jeremy Clarkson and Top Gear

The news that Jeremy Clarkson has been officially sacked by the BBC came as a huge surprise and disappointment to many fans of Top Gear. After a number of high profile controversies the BBC has finally lost patience with Clarkson after the latest incident in which he was involved in a fracas with a senior member of the Top Gear production team. We now take a look at how he transformed the programme from its humble beginnings to the global power it is today, as well as taking a look at where we may see him pop up next.

There is no doubt that Jeremy Clarkson is a controversial figure who often splits the opinions of the general public, but three is no doubt he is one of the most famous TV presenters around the world. The Top Gear television show actually began in 1977 but it wasn’t until 1988 that Jeremy Clarkson joined the show. This was a big break for the Yorkshireman, who started his career as a journalist at the Rotherham Advertiser after supposedly being given the job after a grateful editor remembered that his grandfather, a GP, had delivered his first child. 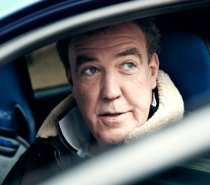 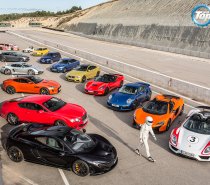 Top Gear became more popular as Clarkson’s outspoken style helped viewing figures grow from a few hundred thousand to over six million and despite departing the show in 1999 he returned in 2002 to help save the show after the Top Gear production team had moved to Channel 5 to set up a rival programme called Fifth Gear. After a successful pitch to the BBC, Top Gear was reborn with presenters Jeremy, Richard Hammond and Jason Dawe, however after one series Jason was replaced by James May.

Top Gear really hit the heights with the programme becoming renowned for its crazy stunts and in 2013 the Guinness World Records revealed that the show had become the world’s most widely watched factual TV programme. Today the show is estimated to be watched by over 350 million people and it has 3 million YouTube subscribers so this recent news that may end this amazing era of Top Gear will disappoint huge worldwide numbers.

So what next for Clarkson and his fellow musketeers?

Before the incident it was believed that Clarkson, Richard Hammond and James May would all be offered and would sign new contracts with the BBC. Now that Jeremy Clarkson has been sacked it has put the proverbial cat amongst the pigeons, with Clarkson reportedly being approached by broadcaster Sky and other unnamed British broadcasters. It has even been mentioned that Clarkson could be heading to the US, although this may be scuppered as the former Top Gear host may have to face a criminal investigation.

In terms of whether the co-hosts of the motor show will stay with Top Gear and work as a duo or perhaps even with another new presenter we think this is very unlikely, it would make more sense that they will go wherever Clarkson goes and Top Gear as we know it on the BBC is over.

An article on the International Business Times reveals that James May said, “Well, I don’t want to talk about that too much (his own future) but I think we’re very much, the three of us, as a package it works for very complicated reasons that a lot of people don’t fully understand. That will require a lot of careful thought.”

With the huge salaries the BBC have been paying these presenters there is probably no need for them to ever work again but you do have to think they have one of the very best jobs in the world – all the different cars they get to drive and the hilarious situations they get involved in they will miss it for sure so don’t be surprised if we see a very similar show created on Sky or on another terrestrial station with the same three faces we all know so well.