The all new facelifted 911 and it’s gone Turbo!

The second generation of the 991 Series has been announced with the main talking point the brand new 3.0 litre twin turbo charged flat six engine which now power the Carrera and Carrera S model. Years ago this would have been unthinkable to have turbo charged engines in the base 911 models but sadly this is the way the industry is going with emissions controls tighter than ever. It’s not all doom and gloom though for Porsche dealers and customers, yes gone are the naturally aspirated engines but in are the more efficient and powerful turbo engines. 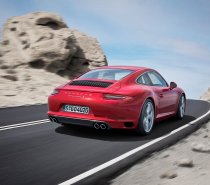 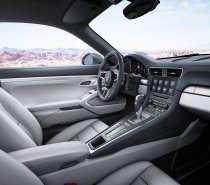 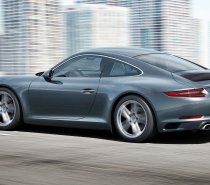 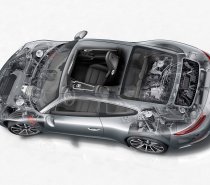 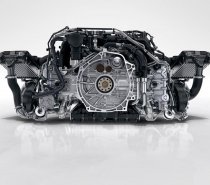 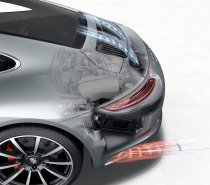 Straight out the box, the new Porsche 911 Carrera for sale now produces 365 bhp and 332lb ft of torque and 414 bhp and 369lb ft in Carrera S guise which is a 20bhp gain over the outgoing versions.

More remarkable are the performance figures as the new 911 Carrera accelerates from 0 to 62 mph in 4.2 seconds and reaches a 183mph top speed whereas the Carrera S will do 62 mph in just 3.9 seconds and top 191 mph. This is 0.2 seconds faster than the previous equivalents and ultimately make the new updated 911 well matched against its big rival, the Mercedes-AMG GT, which does 62mph in 4.0 seconds and reaches a top speed of 189 mph. Furthermore, with a 7 minutes and 34 seconds lap time around the Nurburgring; the new facelifted 911 is over six seconds faster than the previous model. Rather more impressive is that Porsche state that its new engines are 12% more efficient than the outgoing models which ultimately underlines Porsche’s reasoning for taking this route.  For example, the Carrera now does 38mpg with the PDK gearbox and the S returns 36.7 mpg. To put that into perspective, the previous models did 34 mpg in Carrera form and 32.5 in S form.

New exterior features include brand new front and rear lights, active air ducts that open and close to efficiently channel airflow, redesigned rear air vents on the engine cover that channels cooling air to the engine, intercoolers and turbochargers. The Porsche Active Suspension Management (PASM) is now standard across all models which promises to provide more comfort and a more defined response.

As with before, you can get your brand new 911 with a seven speed manual gearbox or a seven speed PDK double clutch transmission.  Furthermore, customers can now for the first time opt for the fantastic four wheel steering system on the Carrera S, which reduces the turning circle by 0.4m and is currently available on the GT3 and Turbo. In addition, customers can also get a hydraulic lifting system which raises the ride height by 40mm within 5 seconds.

Satellite Navigation is standard for the first time on the Carrera and includes real traffic information with Google, there’s a new generation multimedia setup which include a 7” touchscreen interface which supports Android Auto Connectivity and Apple Car Play. Much like the 918 Spyder, the new facelifted 911 receives the same steering wheel and the same driving mode selector switch which enables the driver to select between Normal, Sport, Sport Plus and Individual. Models with the Sport Chrono Package and PDK option now get the Sport Response button which when selected, provides maximum acceleration for 20 seconds as it selects the optimum gear.

Prices for the new facelifted Carrera will start from £76,412 and £85,857 for the Carrera S model. The car will go for sale in December and will make its full public debut later this month at the Frankfurt motor show. We look forward to seeing whether Porsche customers will embrace the new Turbo engines and we wait in anticipation to see where that leaves the 911 Turbo, always considered a model in it’s own right but will struggle now to hold down a niche. Romans International are on the UK’s leading independent Porsche dealers.