2016 was a very interesting year in which we have never seen so many new supercars come to the market. With fluctuating values and so many new cars this ensured lots of market activity – buyers, investors and collectors chopping and changing their cars regularly it was one of the busiest and best years ever recorded by Romans International.

Limited edition modern performance cars were very much the craze in 2016 and we expect this to continue this year. Manufacturers are also starting to see the benefit of limiting/slowing production on their more mass produced models which not only helps build up demand it’s also helping cars maintain their value. Ferrari and Porsche are the ones doing it right so let’s hope the rest follow. Getting your name down on the waiting list for the latest special editions has now become increasingly political, the premiums on offer encouraging a culture of buying cars for the profit rather than the driving experience but it’s something that is very difficult to stop due to the increasing popularity and values of these special cars. Its not just supercars either anymore, the last of the Land Rover Defenders or more recently the latest VW Golf GTi Clubsport S have seen owners generate some very handsome profits at the lower end of the market. Let’s take a look at what cars we can expect to make a big impact In 2017. 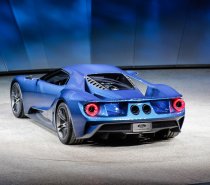 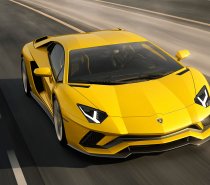 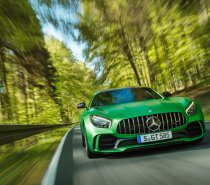 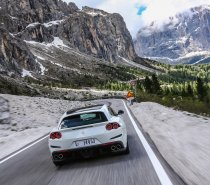 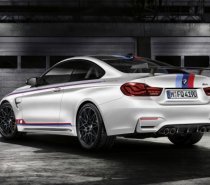 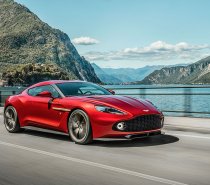 The holy trinity has dominated the headlines for the last couple of years, the addition of the LaFerrari Aperta which now stands above the rest was the highlight of 2016 but what’s in store this year?

There is one name on everyone’s lips and that is the Bugatti Chiron. Ready to start creating history again the Chiron is without a doubt the hottest new car of 2017. We certainly can’t wait to get one in the Romans showroom.

Other than that there is not many hypercars actually being released in 2017, there is Pagani Huayra Roadster but perhaps more interesting will be when further details are revealed for some future hypercars including a new Mercedes hypercar, a new 3 seat Mclaren based on the F1 and the upcoming Aston Martin Red Bull car. Come 2018 this will make for the most exciting hypercar line ups in history.

We are spoilt for choice on this front even if there are not quite as many supercars released as there was in 2016.

The one to have in our opinion is the new Ford GT. The teasing stops this year as we will see the first cars delivered and with so few being built every year it’s going to be a very exclusive club who can get their hands on one.

It’s a big year for Lamborghini with the Huracan Performante/Superleggera being released which is bound to be one of the hottest new cars on the market plus the Aventador S facelift which breathes new life into their V12 flagship production car.

It might not be the most exciting year for Ferrari but they could still have something up their sleeve we’ll have to wait and see. We can expect the GTC/4 Lusso to make an impact replacing the FF, we’ve heard very positive things about the car so far whilst there should be a facelift for the F12berlinetta.

Mercedes on the other hand will see their most exciting car in years hit the market. The AMG GTR has really captured the attention of buyers and fans across the world. One of the fastest cars ever round the Nuremberg and built in limited numbers this is bound to become a very sought after car.

Mclaren continue to make waves in the Supercar spectrum and seem intent on building as many models as physically possible. The big one this year is the 650s replacement currently codenamed as the P14 or 720s. Performance is set to be ramped up to new levels so we’re excited to see it, drive it and sell a few.

Porsche can do very little wrong at the moment, each model they bring to the table seems to be a huge success and despite VW problems Porsche can hold their head high. 2017 will see the return of the GT3, now in the second generation of the 991 Series and this time around there is a manual gearbox. Questions remain – will we finally see the GT2 RS this year and when will we get the details of the rumoured mid-engine Porsche supercar based on the 918?

Aston Martin will carry on rolling out the popular DB11 this year whilst their most exciting model in 2017 is undoubtedly the Vanquish Zagato, a £500K special edition with only 99 coupes and 99 roadsters worldwide. Their partnership with AMG will also be something worth keeping your eye on.

Other models of note is the BMW M4 DTM which is essentially an M4 GTS with different decals but rarer which should make it more valuable. There is also a new BMW M5 which will compete with the new Mercedes E63 and new Porsche Panamera Turbo – all cars hell bent on creating supercar performance in a saloon which could end up being one of the trends of 2017 – the super saloon!

One thing is for sure, it’s worth keeping your eye on the Romans International website as we continue to buy and stock the latest and rarest examples.