The Mercedes SLS AMG has now been around for over a decade and it has undoubtedly become one of most iconic Mercedes of the modern era and none more so that it’s swan-song variant the SLS GT Final Edition. So allow us to walk you through the 5 reasons why we believe the SLS Final Edition is the most collectible modern Mercedes.

Check out the full video below:

One of the most important factors of the SLS Final Edition is its limited edition car status. Limited to just 350 units globally, it’s certainly safe to say that you won’t be running into another SLS Final Edition on your weekly shop.

Whilst there are 350 examples of the SLS Final Edition in existence if you do buy the exact car that we have for sale, you’ll actually be entering an even more exclusive club. This is because that 350 number includes both coupes and roadsters and whilst we believe there are a few more coupes than roadsters it’s likely that there would be less than 200 Final Edition coupes worldwide. Then, you need to take into account the fact that this is a right-hand drive car built for the UK market and these are substantially rarer than left-hand drive examples. According to our sources there are in fact just 6 UK supplied Final Edition Coupes, which make this an extremely rare Merecedes! 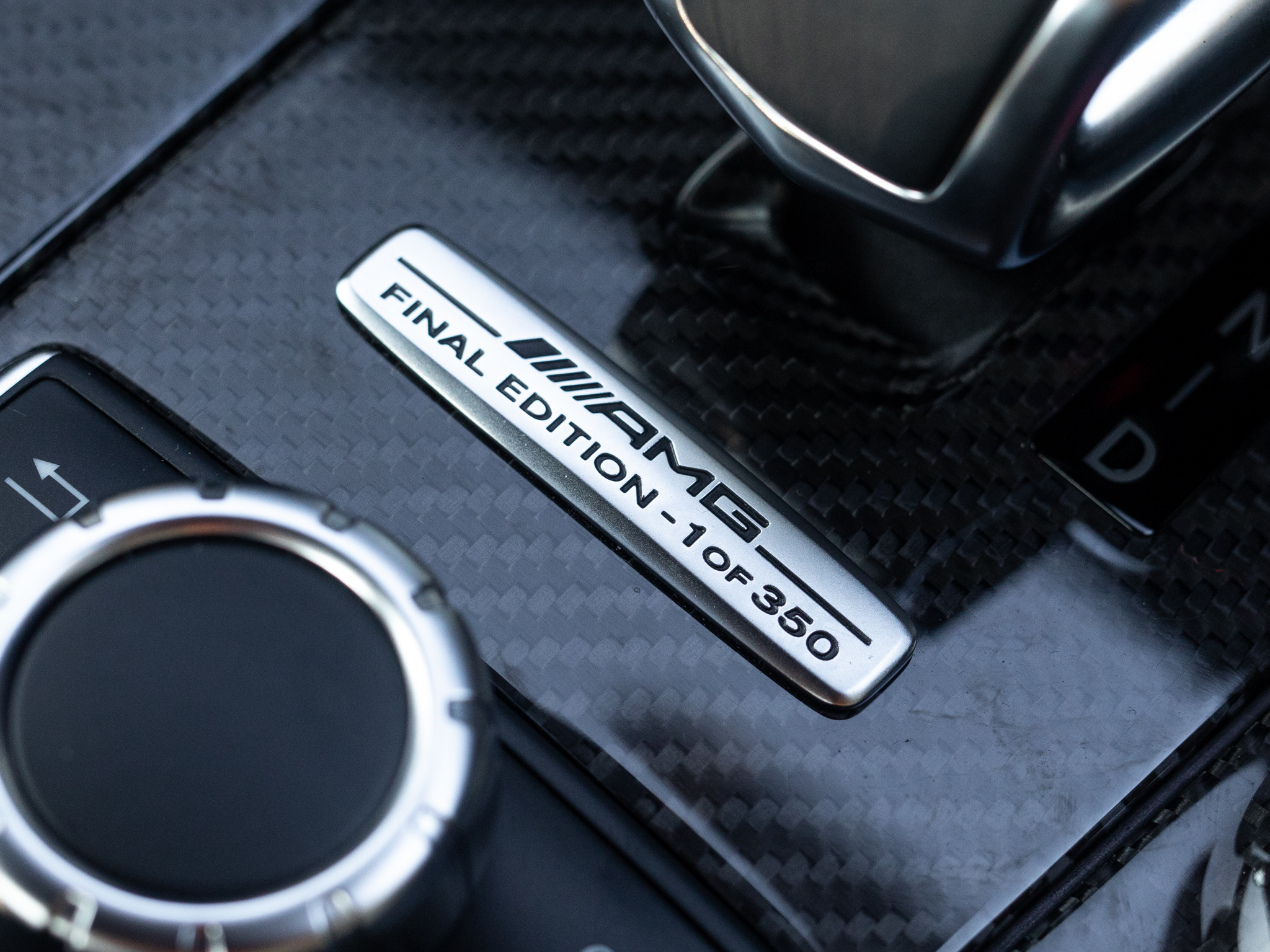 In 1954, one of the most valuable, iconic and beautiful Mercedes ever built went into production, the 300 SL Gullwing. With its low and dramatic profile, the 300 SL was a mesmerising work of design and engineering which has not only dramatically increased in value in the 60 plus years since, but it has cemented it’s status as one of the all-time great classic cars.

The most distinguishing and unique feature of the 300 SL are the magnificent Gullwing doors. It is telling that Mercedes waited 50 years before they unveiled the spiritual successor to the 300 SL and the first car since to feature those gullwing doors and of course that car is the SLS AMG. It too featured a low and long profile which captured the essence of the original but with the latest technology and engineering that Mercedes and AMG had to offer.

So, whenever you see an SLS, do not just think of it as just another supercar. Instead, think of it as a continuation of an epic legacy. Bar the roadsters, the Gullwing doors can be seen on all variants of the SLS.

In 2013, Mercedes decided to start selling an improved version of the car, called the SLS AMG GT. The GT got revised suspension, steering and gearbox all of which made for a superior driving experience when compared to the standard SLS. Mercedes also made a few tweaks to the engine which means that the GT has got an incredible 583 hp under the bonnet. This means that the car can get from 0-60mph in just 3.5 seconds and, from then on, the car will continue to thunder down the road until it hits 199mph.

The Final Edition was unveiled in 2014 and it shares the same technical specs as the SLS AMG GT. It was a send-off for the SLS because, during that same year, production of all variants of the SLS sadly ended.

As you’ll find with other variants of the car, the SLS has a unique muscle car sound due to the naturally aspirated engine and when behind the wheel of the SLS the growl of that 6.2-litre engine dominates the experience. 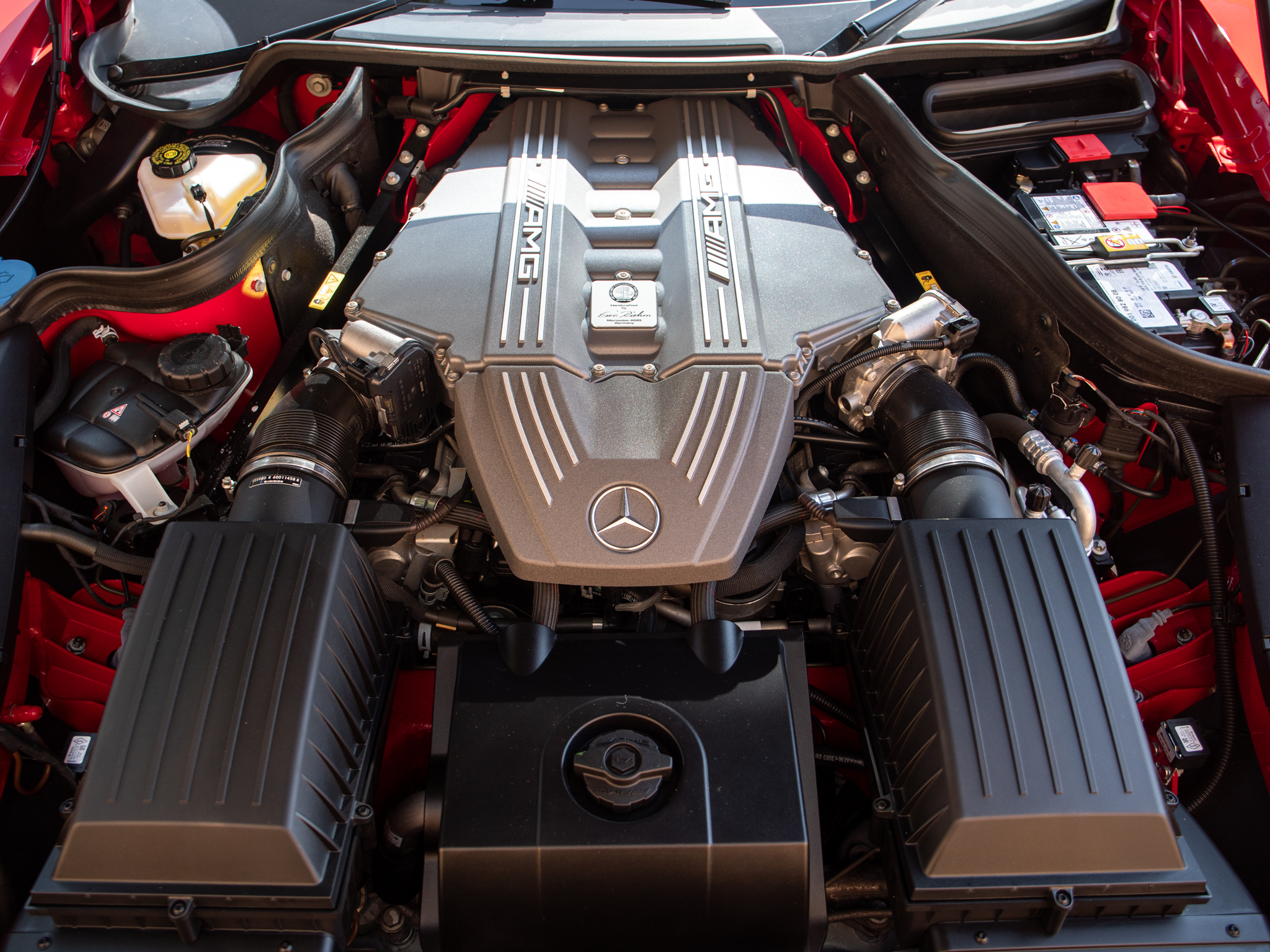 Perhaps the design aspect that makes the SLS Final Edition stand out from all the other SLS variants is the extensive use of carbon fibre.

The Final Edition manages to fill the void between the more track focused hardcore variant, the SLS Black Series, and the more refined elegance of the standard SLS.  It shares some of the carbon fibre styling elements of the Black Series, such as the wing, but the difference being it doesn’t compromise on the refinement and therefore hits a unique sweet spot in tremendous fashion. 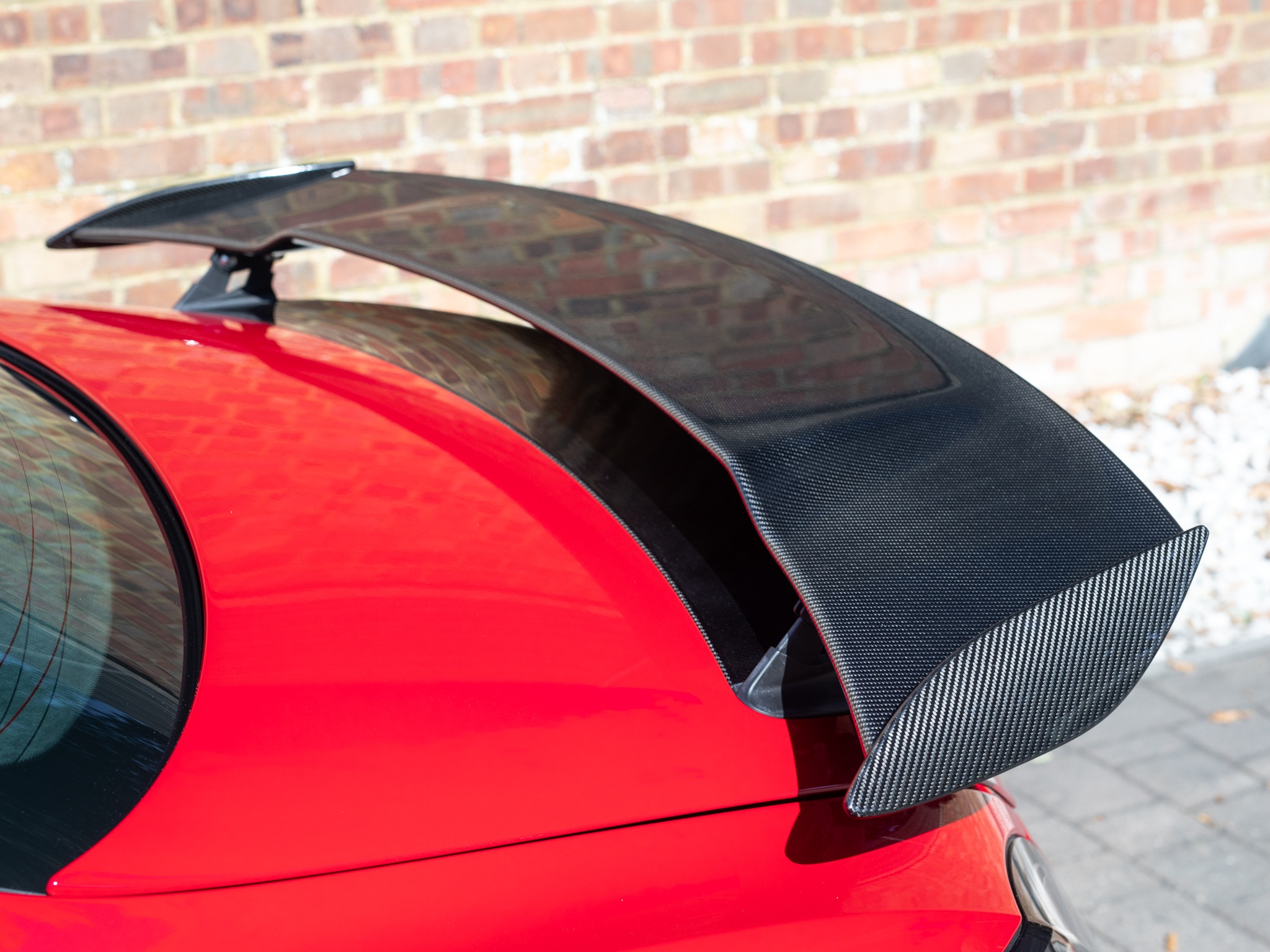 It’s not often you find a car which manages to capture that old school retro styling of yesteryear but make it feel extremely relevant and modern. The Mercedes SLS does exactly that with its long bonnet tied together with its short rear providing proportions and styling you rarely come across in the 21st century. Combine that with it’s gullwing doors and the V8 rumbling at its heart the SLS has a character unlike anything else on the market.

This theme is then continued on the interior where on the Final Edition you will be greeted with beautifully quilted leather comfort seats and a perfect driving position surrounded by a set of gorgeous analogue dials. Being first and foremost a grand tourer there is a high level of luxury and convenience features with the latest technology that Mercedes had to offer at the time. However, the real joy of the car is in its performance and the way in which it delivers it.

Not only does the 6.2-litre V8 help the SLS achieve some pretty marvellous speeds, it does it in a fun and playful manner. It rumbles and roars as you hit the throttle and, due to its rear-wheel drive system, you can also get some pretty epic “slideways” action, if you so desire.

The SLS was designed to be timeless and it is no surprise that it has been a very smooth transition from becoming the latest thing into becoming more of a modern classic and a very collectible car.

In conclusion to this, we believe the SLS Final Edition is the most collectible and one of the most desirable modern Mercedes, a car that rewrote the Mercedes history books and continued the epic novel of the Gullwing!

If you are in the market to buy an SLS why not take a look at our Mercedes SLS AMG Buyer’s Guide to find out which variant and options would best suit you. Alternatively you can take a look at some of the SLS we currently have for sale here or if you are looking to sell your SLS you can contact our Buying Team here.