Mercedes AMG are currently on a role at the moment with the unveiling of the Mercedes S-Class Coupe in the summer, the AMG GT which was recently launched as the replacement for the SLS and now the brand new C63 AMG for sale! As one of the UK’s biggest independent Mercedes-AMG Dealers we at Romans are very excited about it as the previous model has been one of our best-selling and most loved all round performance cars.

With the newly named Mercedes-AMG C63, gone is the 6.2L naturally aspirated V8 engine and in is AMG’s new twin-turbo charged V8 petrol engine that produces 476bhp in the standard model or 503bhp in the new C63 S variant. With all of this coming from just a 4.0L engine, it means that the new C63 has a level of fuel consumption that’s one-third better than the previous model. In fact, it’s the same engine as found in the recently-announced AMG-GT supercar. 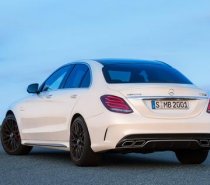 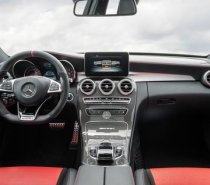 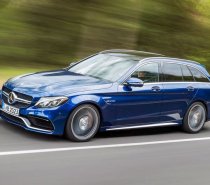 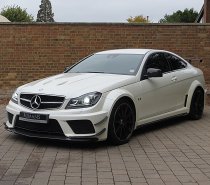 Our latest Black Series for sale

As if this doesn’t sound impressive enough, the standard C63 saloon sports a 0-62mph time of just 4.1 seconds, with the S model taking a further 0.1 seconds off the time. As with the previous model there will is also a new C63 AMG Estate with an added ‘S’ variant too while there are plans to bring out the very popular coupe version later down the line.

Lighter and stiffer ride than ever before

The new model will be lighter and stiffer than ever before arguably offering a more engaging and dynamic experience than in the previous model. Other key additions for the model include a brand new steering setup, new springs and dampers, giant brake discs which stretch 390mm on the front axle. Thanks to the use of aluminium in key areas, the new AMG C63 provides a kerbweight of 1640kg – 90kg lighter than the current model on the market.

Mercedes will also offer ceramic brakes an option for the first time on the C63, as well as an enhanced AMG exhaust for the enthusiasts. The new model also has a variety of aesthetic changes, with the new wider wings, bespoke bumper and deeply scalloped air intakes, a redesigned grille and a bonnet with twin power domes making this one of the most striking models to date.

The smooth styling also continues on the inside, with owners getting the choice of either Alcantara or Nappa leather throughout, and there’s even an AMG steering wheel and a unique IWC clock. Furthermore, an ergonomic head-up display and a 360° parking camera are among the host of optional extras. While accurate comparisons between the C63 and the BMW M3 are still some way from fruition, the AMG is miles ahead of the M3 in terms of both horsepower and torque.

Although prices are yet to be confirmed, experts have tipped the standard models to start from no less than £60,000 and a further £6,000 for the performance S models. Choosing an estate in either model is also expected to command a further premium of £1,000. Expect to start seeing them on the road and in the Romans showroom sometime during Spring next year while the Estate will be a few months later.

The ultimate C63 is still without a doubt the ‘Black Series’ version, which we currently have in stock in ‘Diamond White’. It will be interesting to see if Mercedes will be able to top this with it’s new C63 range.