Mercedes is preparing to bring the Maybach name back, using it to form a luxury sub-brand for customers longing for an extra touch of exclusivity and individuality from their vehicle. This is the headline amongst a whole host of model name changes for the Mercedes line up which includes the sacrifice of the M-Class name.

Founded in 1909, the Maybach name was synonymous for being one of the ultimate names in automotive luxury and style with models such as the Maybach 57 and Maybach 62. However, with sales dwindling, the decision was made to cease production of the models in 2012. Maybach has remained a powerful brand name in itself especially amongst the rich and famous and Mercedes have now taken the first steps to bringing the Maybach name back. 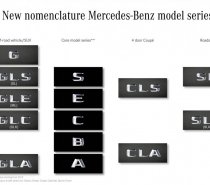 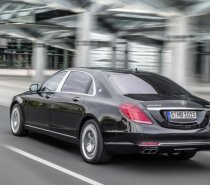 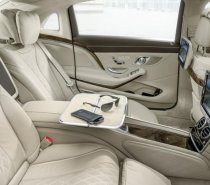 This new model will be known as the Mercedes-Maybach S600. Based on the S-Class model, it’s one of the most anticipated cars to feature at the LA Motor Show. Thought to stretch 200mm longer than the standard S-Class, it is sure to provide a very spacious experience keeping it’s symbol of exclusivity and style from the previous Maybach models.

Stepping inside, drivers and passengers will find an interior embellished with luxury woods, metals and leathers to offer what Mercedes describe as “the highest level of customisation and personalisation of Mercedes Benz”. With all exposed plastics covered in one of the three luxurious materials, the manufacturer is clearly saying they provide luxury at its very best.

The car will be powered by a 6.0-litre V12, which provides 530bhp and 830Nm of torque. The model will also have a higher roofline than the standard S-Class to provide more space and comfort for those inside.

The Mercedes-Maybach S600 is thought to go on sale from 2015 and carry a hefty premium over the standard S-Class. Although there will only be the one model initially, Mercedes has hinted towards offering the Maybach makeover for other models in the future. Exciting times!

While Mercedes’ reincarnation of the Maybach would have been quite a surprise for the motoring community, it is part of a major revision of the firm’s future line-up to get ready for the release of 11 all-new vehicles by 2020, which their ever-growing customer base. At Romans International we are mainly interested in the AMG variant and these will be affected too.

The changes are being made as the company looks to offer new body styles and powertrains in the future, which will involve a whole load of new naming conventions to get our heads around. As quoted from an official Mercedes Benz statement, A, B, C, E and S will be the five core models. All crossovers will have GL in their name, with the letter that follows indicating the size of the vehicle. For example it sounds like the ML63 AMG will be renamed the GL E-Class 63 AMG. Bit of a mouthful? While the full-size GL63 could be renamed the GL S-Class 63 AMG. Might take a while to get used to we think! Thankfully the much loved G63 AMG for sale will remain the same.

Among the most recognised of changes is how the power source will be established, with all petrol variants now determined by a single lower case letter. This sees the BlueTEC and CDI being replaced with ‘d’ for diesel, and Plug-in Hybrid, BlueTec Plug-in Hybrid and Electric Drive making way for an ‘e’. In the case of Hybrid, ‘h’ will replace Hybrid and BlueTEC Hybrid, while an ‘f’ – for fuel cell – will be used in place of F-Cell. The only exception to the rule is Mercedes’ all-wheel drive models, which will remain as 4Matic.

The changes have been geared towards the unveiling of two new sub-brands, one of which is the aforementioned Mercedes-Maybach. The other is Mercedes AMG, which will be used for the high-performance AMG models and where we at Romans are most interested, being one of the leading independent Mercedes AMG dealers in the UK.