Classic car auctions are often some of the most prestigious events in our industry taking place all around the world where collectors, investors, dealers and enthusiasts come together surrounded by some of the rarest and most sought after cars in the world.

Auction results provide actual transaction prices which can be used as a indication of where the market is on certain cars and the market in general. It really comes down to who is actually at the auction with their cheque book and how far someone is prepared to stretch their budget on the night to ensure they come away with the car they want. On some occasions cars will sell below their estimates and someone may well get themselves a bargain and in other circumstances you may get 2 big ego’s battling it out for a featured lot where the most audacious person could end up buying the car for a sky high price.

Recent auction results suggest the latter is happening quite often and none more so than at the recent Duemila Ruote RM Auction in Italy. To put the auction into context it featured one of the most fabulous collection of cars in the world, every one of them seized by the Italian government 3 years ago and they were all offered without a reserve which drew in lots of publicity. RM Auctions perhaps strategically placed low estimates on the majority of the cars helping build interest and serious buyers flew over to Italy in huge numbers with 5,000 people believed to have attended the event.

The result was that 91% of cars were sold for more than their estimates and there were some truly unbelievable hammer prices. One of the headline sales was a Maserati MC12 which was sold for €3.024m, which many believed to be at least €1m more than it’s market value but the MC12 has been undervalued for years so perhaps it’s finally getting the attention it deserves. We asked the question in a previous blog post in 2014 is the Maserati MC12 the best investment of the last decade, it certainly is turning out to be! Several other cars blew their estimates out the window including a fairly average Ferrari F40 (sold for over €1m Euros), a Porsche 993 GT2 (sold for €616,000 euros) and with several other classics going for huge money too it left a lot of people scratching their head. According to sources at the auction, the cars were not presented in particularly good condition and had very little in the way of provenance and service history which adds further mystique to the results. It would be hard to believe this a case of people not knowing the market, more likely some very wealthy people just getting slightly carried away with the bidding process on the day such was the high level of interest in these cars.

Whatever happened it’s caused a positive stir in the market and those who have predicted a crash in values continue to be proved wrong. Free from capital gains tax these rare classics and limited edition supercars are providing a safe haven for investors during uncertain times. It’s no secret anymore how private individuals are profiting from cars and now a younger generation are starting to build collections too.

Will we see more cars going into auctions? We would think no more than usual. The important things to bear in mind are firstly these auction prices will include a 12%-15% buyer’s premium which is effectively what the auction house charges. When you add VAT to that your looking at over 20% of the hammer price so the return price to the previous owner can be much less than you might think from the headline sales figure. Most specialist dealerships will work on a much lesser percentage than that, especially on a commission based sale.

There is also the issue that auction houses take no liability whatsoever for the condition or maintenance of the cars so if something goes horribly wrong with the car a week after purchasing it the auction house will take no responsibility. From a legal point of view with the auction house acting as purely an ‘agent’ in the sale the liability could fall back on the previous owner. I can only speak for ourselves on this but when you buy a car from Romans International we take full liability for the condition and ensuring the car is as it should be.

The other thing to remember is that although auctions often achieve record prices for cars, the rest of the market will catch up quickly as auction results have an instant impact on the value of similar cars. The majority of buyers, especially in the UK who don’t like to pay over the odds will look at auction prices merely to help rationalise their decisions on buying a car elsewhere. One thing is for sure with a volatile property market and currency fluctuations supercars are presenting fantastic opportunities for investment and most importantly enjoyment and this trend will continue into 2017 and beyond. 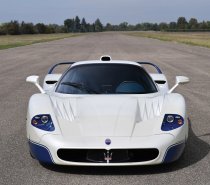 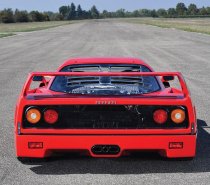 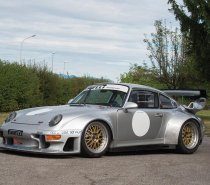